Brad Anderson took the stage in quite a flashy manner (an Aston Martin? Really?) anyway Windows 8 was extolled. 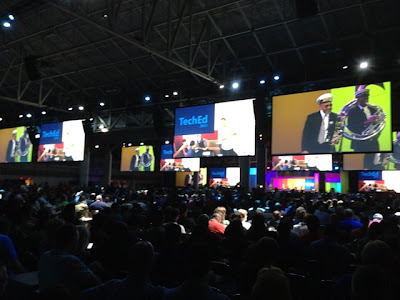 Aaaannnnd the Start Button made an appearance! Check it out: 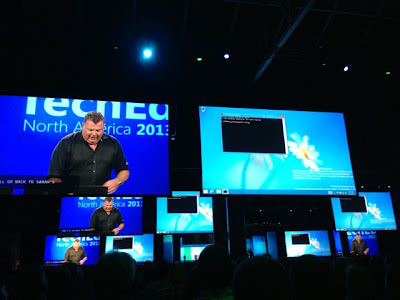 See it there in the right hand screen? Note the taskbar on that demo by Iain McDonald. I guess Microsoft knows what crow tastes like...

We have a Ballmer cameo: 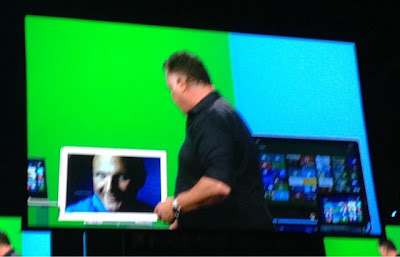 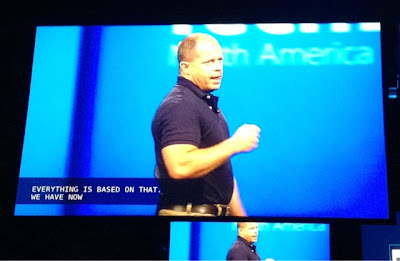 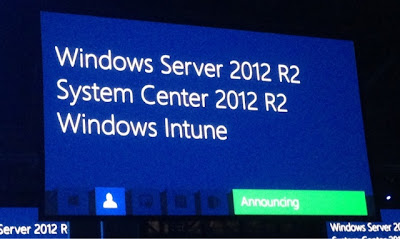 So the Keynote wrapped with the usual mantra of Cloud and a lot of focus on Azure. I still think a this notion of moving EVERYTHING to the cloud is highly overrated, but I do really like the idea of setting up a personal cloud. Microsoft is doing a lot to enable this and that (at least) is a cloud-centric focus I can get behind.